Many of today’s airports were constructed and put into operation during the 1960s and 1970s, in a period when jet aircraft were only just being introduced and air travel was booming. The usual way to increase capacity is to look into the construction of additional infrastructure. However, quite often the existing infrastructure is used in an inefficient way and contains hidden and unused capacity. Airports can increase capacity and reduce aircraft fuel burn through the efficient use of airfield ground lighting and advanced visual docking guidance systems.

Many of today’s airports were constructed and put into operation during the 1960s and 1970s, in a period when jet aircraft were only just being introduced and air travel was booming. The usual way to increase capacity is to look into the construction of additional infrastructure. However, quite often the existing infrastructure is used in an inefficient way and contains hidden and unused capacity.

Performance-based approach
Based on current studies and simulations, the most promising way to improve airfield performance independent of weather conditions is unambiguous and continuous guidance for the flight crew, from approach to on-block. In a recent concept simulation and validation conducted by SEAC (SESAR European Airports Consortium) it was shown that improvements in routing and guidance can have a major effect on an airport’s operational performance, in turn affecting safety, fuel burn, predictability of operations and delays. Most airports operate their airfield lighting control and monitoring systems with an on/off philosophy – lights are all on or all off. Airfield lighting has long been standardized in terms of how the setup should be configured and used.

A scenario could be foreseen where a seamless route from the runway centerline lights, followed by taxiway centerline lights guiding all the way into the apron area where the advanced visual docking guidance system (A-VDGS) takes over and actively provides the flight crew with visual instructions.

Value of unambiguous guidance
Follow the Green showed that viewing the AGL as a flow management tool improved performance compared with the
way most airports operate today. With aspects such as ATC workload, situation awareness, aircraft separation and aircraft guidance, AGL can increase safety and efficiency, and reduce the cost of airport and airline operations.

The real cost savings by implementing an AGL system can be divided into reduced fuel burn as a result of a reduced number of stops/accelerations and minimized taxi time, unlocking latent capacity of the airfield.

In an airfield setup where the airfield lighting route guidance transitions into apron lead-in lights all the way into the gate, seamless guidance can be provided with an A-VDGS. Traditional and future airfield system adaptation and their relationship to operational flow are shown in Figure 1, with potential performance improvement and cost savings depending on the actual situation at the airport. Increasing grades of operational disturbance can be identified as hot spots – misunderstandings and high load of radio communication, long taxi time, stop and go behavior, designated route confusion, etc.

Fuel burn and airfield capacity
A 2011 study by Harshad Khadilkar at the Massachusetts Institute of Technology (Estimation of Aircraft Taxi-out Fuel Burn using Flight Data Recorder Archives) shows that of all the factors that contribute to fuel burn on the surface, total taxi time is the driving factor. However acceleration events as a result of start/slow/stop behavior are also statistically relevant for fuel burn. To demonstrate the actual savings that can be achieved in terms of fuel burn and capacity, we used a Boeing 777 as a representative aircraft type and estimated that the example airport has about 10 minutes of taxi time from runway to parking stand (see Figure 2). The aircraft movements specified for the example airport are assumed to take place 40% in good visibility and daylight and 60% in low visibility or at night. The SEAC simulation shows that taxi time can be reduced approximately 10-30% depending on weather and light conditions; the more complex the operational conditions, the more effect the system has on savings in taxi time and fuel burn.

Fuel burn is a major factor when it comes to cost savings in airfield operations, defining the potential savings for the airline and decreased environmental footprint for the airport. In reference to the above examples, the actual amount of jet fuel that can be saved by more efficient taxi flow and is approximately 2.4kg per stop-and-go event and 2kg per 10% of estimated taxi-time saving. This gives a 30% saving during low visibility or at night that would be equivalent to 6kg of jet fuel for 10 minutes’ taxi time.

Separate from fuel savings, the taxi time directly affects the capacity of the airfield. If each movement’s airfield occupancy is reduced in time, along with the amount of separation required between movements, there can be additional movements and therefore increased throughput. This leads to potentially more revenue – and a secure future – for the airport.

This article was first published by Air Traffic Technology International. 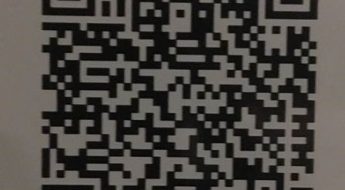 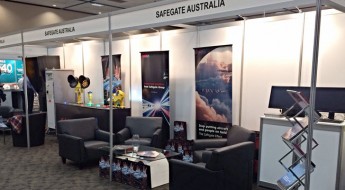