PRESS RELEASE. ADB SAFEGATE has announced plans to establish a new Center of Innovation, expanding its presence in Gahanna, Ohio, investing $1.5 million and creating 24 new jobs in the area. In addition to accommodating expanded production and warehouse operations, the new Center of Innovation will be utilized as a training facility for North American operations and function as a showcase for customers, suppliers and business partners.

ADB SAFEGATE has announced plans to establish a new 175,000-square-foot Center of Innovation in the Columbus, Ohio region. The company will expand its presence in Gahanna, Ohio, investing $1.5 million and creating 24 new jobs. The company’s investment will be put toward technologically advanced machinery and equipment. In addition to accommodating expanded production and warehouse operations, the new Center of Innovation will be utilized as a training facility for North American operations and function as a showcase for customers, suppliers and business partners. Hiring for engineering, production and other roles will begin in 2022.

“Expanding into a new world-class facility in Gahanna is critical to our continued growth and keeping our talent pool closely concentrated will spur collaboration and teamwork,” said ADB SAFEGATE Global COO/ EVP Airfield/ CEO Americas Joe Pokoj. “This Center of Innovation will allow us to continue pursuing new advancements in aviation technology with the support of the Region’s skilled talent pool and in close proximity to key assets such as John Glenn International Airport.”

Founded in Belgium in 1920 as ADB, ADB SAFEGATE has grown into a global brand with a significant business footprint in Ohio, Belgium, Sweden and China. With intelligent solutions spanning the airside for airfield, gate, tower and service, the company partners with airports and airlines worldwide to increase airport performance, from approach to departure. It began operations in Gahanna in 1983 and its current operations in the Columbus Region are staffed by 202 full-time employees.

“ADB SAFEGATE has been a premier employer and valued partner in the City of Gahanna for nearly four decades,” said City of Gahanna Mayor Laurie Jadwin. “Their investment in the new Center of Innovation not only strengthens ADB SAFEGATE’s presence in the aerospace industry, but also solidifies Gahanna’s support of ongoing regional growth in the valued research and development sector. As our city grows, and employers choose to grow in Gahanna, we will look to drive opportunities in STEM-focused careers through our partnerships with both Gahanna Jefferson Schools and ADB SAFEGATE to support these critical workforce opportunities.”

The Columbus Region’s aerospace industry benefits from its deep history in engineering, manufacturing and technical trades, as well as a strong tech sector buoyed by leading STEM training programs. The Region provides a steady pipeline of young talent, including numerous career and technical training centers that provide the training and skills needed to succeed in these modern industries. Gahanna is located in Franklin County, which is home to an estimated 1,323,807 residents.

“ADB SAFEGATE continues to expand its global business in the Columbus Region, creating job opportunities for Ohioans while preparing the company for years of future growth,” said JobsOhio President and CEO J.P. Nauseef. “The new Center of Innovation will help ADB SAFEGATE recruit and retain talent that will play an essential role as the company advances safety and efficiencies at airports worldwide.”

Released on December 6, 2021 by One Columbus, JobsOhio and the City of Gahanna, view the full press release here. 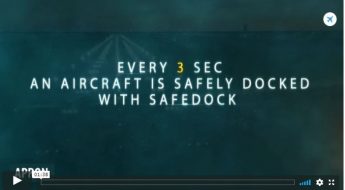 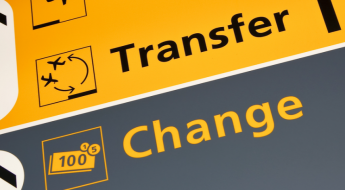 Airport´s digital transformation: Focus and accelerated innovation in the time of COVID-19 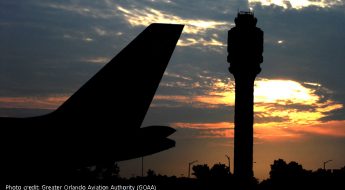