A-CDM. According to some reports, the amount of data collected by operators is increasing like a supernova; up to 90% of data ever created has been collected and stored in just the last two years. But are airports making the most of this valuable asset?

It has been estimated that around 30% of routinely collected consumer data contains information that can potentially boost efficiency to those collecting it. Just look at Amazon. Originally conceived as an online book retailer, it now is more like a data company that sells things. A few years ago, it filed for a patent on what it called “anticipatory shipping” – a technique that uses existing data to predict when, where and by who, specific products would be bought. According to a paper on the subject from the Georgia Institute of Technology, this data driven approach to service provision can allow a company to “significantly reduce their cost and improve their performance … by 10% to 40% [simply] by making better decisions.” That is a big saving.

Sitting Pretty
As far as harvesting relevant data goes, airports are as good as it gets on all the key factors. They routinely collect consumer information on when, where, why, how long, how much and at what time. This is all freely given by airport users of all stripes. But despite companies like Amazon demonstrating that big data promotes significant efficiency gains, estimates say that currently, less than 0.5% of data collected by business is actually being analysed and monetized.

Admittedly, until recently the computing power needed to extract value from all this behaviour-driven data was prohibitively expensive for most operations. But today, accessible computing capability, smarter algorithms and industry-specific suppliers allow smart operations to mine that data, and increase their efficiencies.

According to a Eurocontrol report on A-CDM implementation across 17 airports, the introduction of smart data analysis and A-CDM allowed paid for itself in only 18 months, with significant cost-benefit predictions over the following 7-10 years. Local benefits included improved ground handling resource utilisation, reduction in push-back delays, a reduction in flight delays up to 2 minutes per flight, and lower taxi-out time along. Additionally, the airports saw an 85% boost for take-off time predictability during poor conditions.

“These results are very promising for the concept [of A-CDM AirPort Operations Centre] under development and validation,” said Eurocontrol. “Predictability is expected to improve even more (and therefore benefits as well) with the extension of A-CDM to all airport processes, landside and airside.”

This hard evidence of the potential for information mining across a broad operational landscape is something that many airports are waking up to. Using A-CDM, Helsinki Vantaa airport saw a 10% reduction in average off-block delay time, to only 9 minutes per departure; an 8% decrease in taxi-out times, and an 80% improvement in take-off-time accuracy, to 2 minutes per flight. And even better for local residents, this means less fuel burnt on the ground. “Lower fuel consumption due to shorter taxiing times will [also] cut carbon dioxide emissions,” said Timo Suorto, A-CDM Project Manager at Finavia.

Although improving operational benchmarks is an obvious first target for big data utilisation, some airports are looking further ahead to the efficiency of retail and security operations, and at linking systems across previously siloed areas of business.

“One of the major challenges we’ve seen in the past is that established suppliers have vertical solutions for [distinct operational] needs,” said Andy Bien, CIO at Airport Authority Hong Kong (AAHK) in a recent interview.“What we need now is a horizontal solution serving multiple purposes.”

As a result, AAHK is investigating linking new tech, such as face recognition and biometric tokens, to facilitate passenger side business. This would apply to check-in, bag drop, security clearance, immigration, boarding and efficient seat allocation – but would also open up the doors to single data storage and utilisation systems that could use Artificial Intelligence (AI). This could then be applied to passenger routing, congestion bottlenecks and the promotion of retail purchases and services. ““Rather than being implemented as siloed systems, each of these initiatives could be based on a single platform and work in tandem,” said Bien.

The value of this kind of collaborative, big data-based setup is being realised at Singapore’s Changi Airport, where the management company – Changi Airport Group (CAG) – has invested heavily in cross-operational information systems serving a massive 40,000 staff roster from over 200 companies allied to CAG’s operations.

Steve Lee, CIO at CAG said in an interview that the airport’s base platform for collaboration is based firmly on information and set process foundations. “A strong fact-based approach to … difficult system-of-system level problems is something we have taken and will continue to emphasise, so that we can get the most out of data analytics in our service ecosystem,” he said.

“CAG’s role can best be described as the “orchestrator” of the service ecosystem surrounding our airport,” said Lee. “I would say we are reaping the benefits of our work in data analytics so far,” explained Lee. “However, I think there is so much more we can do.”

ADB SAFEGATE is a leading provider of intelligent solutions that deliver superior airport performance and operations, and jointly identify and solve bottlenecks. Our consultative approach enables airports to improve efficiency, enhance safety and environmental sustainability, as well as reduce operational costs. Our portfolio includes solutions and services that harmonize airport performance, tackling every aspect of traffic handling and guidance, from approach, runway and taxiway lighting, to tower-based traffic control systems and intelligent gate and docking automation. ADB SAFEGATE has 1,000+ employees in more than 20 countries and serves some 2,500+ ai 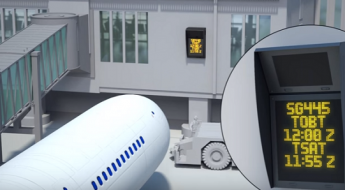 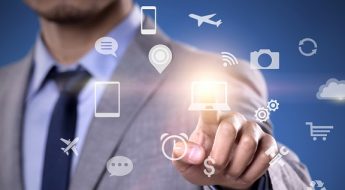 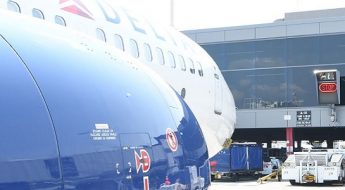