Airline view: Are we commercializing infrastructure at the expense of operational efficiency?

MALMOE, SWEDEN. Global institutes are expecting a very large passenger growth for both airports and airlines, and many believe that the volume will double over the next fifteen years. This growth is a challenge, especially in Europe, where many airports have already reached or stretched their capacity constraints with increasing air traffic, which means more start-up and landing times in the daily lives of airports, airlines and their many involved actors. Is there a contradiction between airports and airlines in terms of investment at the airport from both the commercial (Landside) and operational (Airside) perspectives?

Swedish flight commander Johan Wiklund raises valuable insights in a debate article dated September 12, 2017 when he addresses the importance of the infrastructure for coping with societal challenges and especially the central role of airports. By questioning the prevailing focus of airport owners – implementing investments that commercialize the infrastructure (think more revenue-generating stores, pay-per-views, etc.) rather than promoting the airside space, he emphasizes that this occurs at the expense of increased operational efficiency in terms of flows, processes and the like.

According to my experience as a former Airline Chief Operating Officer (COO) and today representing one of the world’s leading aeronautical technology companies, there is no need for a contradiction between airports and airlines in terms of investment at the airport from both the commercial (Landside) and operational (Airside) perspectives. Both types of investment will help to meet the challenges ahead and to create the social impact that Wiklund so sincerely brings forth.

But first, maybe we should focus on creating what I call the “airport effect” which in turn is a prerequisite for the social impact. And here there are many needs to satisfy and many opportunities to choose from. Technical progress has been rapid in recent years. Airports today have great opportunities to increase their earnings through increased efficiency, such as by increasing the number of start- and landings within the existing infrastructure and thus also offering airlines better service. As airline director, it is almost a dream to be offered more attractive start and landing times at an airport that is part of its line or network strategy. Increased efficiency, for example, means shorter taxi times for the aircraft on the ground and also reduces overall fuel consumption.

All passengers will obviously experience this as a positive initiative. And in combination with both airports and airlines, this creates an airport effect where everyone becomes a winner and the environment is also significantly improved. At the same time, much of the increased and faster technological development is focused on strengthening safety work for the benefit of all airport stakeholders.

Focusing on Operational Efficiency – Gatwick as a leading example

At many progressive airports around the world, significant airport effects have already been realized. This has been achieved through targeted awareness of modern high technology for safety, environmental friendliness and operational efficiency, as well as flow efficient and more passenger-friendly processes. The efforts have been made both on the land and airside of the airports’ operations. One good example is Gatwick, which, with its only runway and landing course, can handle about 55 start- and landing movements per hour and can maintain impressive operation even under unfavorable conditions (weather conditions, technical disturbances, etc.). Gatwick has realized the potential of the airport effect and is now looking at how to further increase efficiency and customer satisfaction that is becoming increasingly central in the context. Impressive! It is simply about insight, will and ability.

For Aviation Sweden, it is important to keep up with the trend to be as attractive as possible. And this applies to all involved actors assigned by airports in cooperation with airlines and technology providers. With expected doubling of air traffic over the next 15 years for airlines, especially European airlines working in hypermarket competition, I agree with Johan Wiklund that airlines will choose to expand where there are the best conditions and opportunities. However, in order to create and realize the airport effect, both airlines and airports must work together towards common goals. That’s how we contribute to a better Aviation Sweden and thus also a higher social benefit.

This article is originally written in Swedish and publishes in Dagens Industri as a reply to Johan Wiklund´s debate article “We need more airports“. 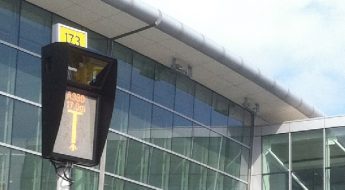 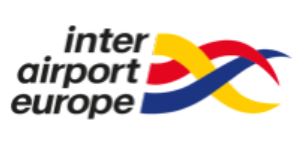 Join us at this year’s inter airport Europe in Munich, 9 – 12 November