SUSTAINABILITY. The Carbon Offsetting and Reduction Scheme for International Aviation’s (CORSIA’s) initial implementation is only a year away. What are operators doing to ready themselves for the implications of the first industry-wide environmental policy ever?

The introduction of the Carbon Offsetting and Reduction Scheme for International Aviation (CORSIA) in 2019 will signal the start of a completely new regime within the aviation industry. Instead of just a bottom-line driven business, operators will need to balance the effect of emissions against income. And that could mean a very different way of doing business.

One of the biggest problems for airlines to solve is the energy density of fuel. At the moment, nothing comes close to aviation fuel (avgas) with its established infrastructure, portability, efficiency and cost. But the downside is the greenhouse gas emissions that come with it.

Most air journeys push out more CO2 than a similar length land journey; Melbourne to Singapore produces around 1.75 tonnes of CO2 per person in an aircraft; a similar distance on a road would produce around 0.5 tonnes per person with only two passengers. However, the environmental impact of an aircraft is also greater. Exhaust products like nitrous oxide, water vapour and soot have a greater impact at altitude. This gives rise to what researchers call the Radiative Forcing Index (RFI) or multiplier effect; research indicates that aircraft currently impact the environment around twice as much as surface transport for a given distance/person.

Some operators are already working towards a carbon-reduction policy; many airlines are buying new generation high efficiency aircraft like the Airbus A350 and Boeing B787 as much for their lower emissions as well as their operational benefits. For example, the Boeing 787-9 was measured by ICCT as the most fuel-efficient aircraft at 39 passenger kilometres/litre, some 60% better than Airbus’s A380.

This reduction in consumption – and hence calculated emissions – means conventional carbon offset costs will be lowered under CORSIA as more efficient aircraft come on stream. Companies like QANTAS have been running voluntary offset options since 2007 – according to the airline, its carbon neutral scheme has offset more than 2.5 million tonnes of carbon over the last ten years. Its offsets include forest protection initiatives in Tasmania, assisting rainforest communities in Papua New Guinea and work with native Australian communities in North Kimberley

Emirates takes a slightly different approach and has committed to directly support environmental groups such as the Southern African Wildlife College Trust, Southern African Foundation for the Conservation of Coastal Birds, and African Parks. And the US-based Delta offers passengers the option of reducing environmental impact of their travel by donating to environmental projects like the Nature Conservancy which spends its money on regenerative forest protection projects to help offset greenhouse gas emissions.

Some jurisdictions have already introduced direct taxation – a basic carbon tax, in other words. The EU has its Emissions Trading System (ETS), which since introduction in 2012 claims to have cut aviation carbon footprint by more than 17 million tonnes a year. Other countries, like Costa Rica and Switzerland, have a blanket fossil fuel consumption tax. And Sweden has introduced a popular direct emissions tax of up to US$50 per airline ticket, depending on distance.

But all these different approaches depend on tightly specified offset calculation frameworks that CORSIA will need to manage. This will no doubt pose great challenges – and will see equally great challenges from its members, as the bean counters strive to equate the values of bird conservation with tree planting and with aboriginal cultural research.

An alternative approach to the offset model is to look at true carbon reduction, rather than redressing the effects. In this, the manufacturers are taking the lead, with both Airbus and Boeing looking to the introduction of emission-free flight. Airbus, Rolls-Royce and Siemens recently announced collaboration on a modified BAe146 regional aircraft which will use two electric motors instead of conventional turbofans. Paul Eremenko, Airbus CTO says the project: “… is an important step in our goal of making electric flight a reality in the foreseeable future,” with the possibility of commercial flights with the same technology as early as 2025. The ultimate goal is to make a 75-seat commuter with three hours of range by 2050.

The Sustainable Aviation Fuel Group is opting for yet another approach, using either repurposed oil components or biofuels from plant stock as avgas substitutes. They claim the use of cooking oil-based fuel additives, or plant-based ethanol substitutes can lower an aircraft carbon footprint by up to 30%, and potentially save tens of millions of tonnes of CO2 being produced from non-renewable sources.

China is working with Boeing to establish a laboratory to research sustainable biofuels with the Qingdao Institute of Bioenergy and Bioprocess Technology (QIBEBT), and in 2015, saw the first Chinese passenger flight using sustainable aviation biofuels. Pu Ming, VP at operator Hainan Airlines, said the flight: “… demonstrated our environmental commitment by showing that aviation biofuel can play a safe and effective role in China’s air transport system.”

But no matter what approach operators take, the impact of CORSIA will be significant. As IAG CEO Willie Walsh notes, if airlines fail to attain established emissions-reduction targets then regulators could force a slowdown in business growth. “And while there will be costs associated with participating in CORSIA, the cost of paying into a patchwork of alternative, individual measures would be much higher,” he says.

As of now, the exact measures, frameworks and targets for CORSIA are still subject to final lockdown, but according to Dr. Olumuyiwa Benard Aliu, ICAO President, the basic tools are now being perfected. He said the importance of the CO2 Estimation and Reporting Tool (CERT) to help simplify CORSIA Monitoring, Reporting and Verification (MRV) procedures, as well as the identification of credible and reliable credits to be purchased by international aviation are paramount at this stage of development.

“ICAO is very well positioned … as it is not only working closely with its Member States, [but also] coordinating with expert groups. This collaboration is key to the success of CORSIA,” he says.

Photo by Mark Kucharski on Unsplash 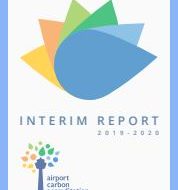 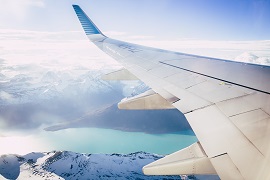 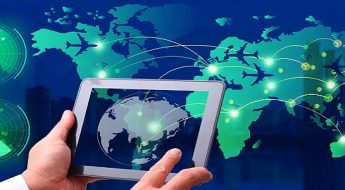 Innovation and Sustainability: How Airports Can Meet the Challenge – and Stay Efficient