Fastest increasing market in terms of additional passengers per year

With China’s aviation industry growing rapidly, the potential impact on the environment is also increasing. While the boom brings challenges such as congestion, delays and pollution, it also comes with an opportunity for China to take advantage of the most innovative technologies available, rather than simply trying to expand existing infrastructure.

The total numbers of air traffic passengers are expected to reach 7 billion by 2034. This is more than double the 3.3 billion who flew in 2014 and exactly twice as many as the 3.5 billion expected in 2015. The globe´s fastest-increasing market in terms of additional passengers per year over the forecast period, accordingly to International Air Transport Association (IATA), will be China.

Despite well documented signs of slowing growth in the Chinese economy, the domestic air passenger market saw the biggest incremental rise in journey numbers in 2015, with 36 million more passenger journeys than in 2014. This is more than the combined increase in the next two largest-gaining markets – domestic Indonesia and domestic India.

Chinese airlines are estimated to have carried 440 million passengers in 2015, an 11 percent increase over the year before. According to IATA, they’re expected to add another 758 million new passengers over the next two decades, bringing the total number of annual passengers to 1.2 billion by 2034.

Operations remain a challenge in China

How many of these new passengers will experience a delay free flight? China’s airports have a history of being the worst in the world when it comes to punctuality. Airport statistics website FlightStats last year ranked 188 midsized and large airports around the world according to how many flights departed on time. Of the bottom 20, 14 were in China, Hong Kong or Taiwan. Accordingly to IATA, only about 67 percent flights arrived on time in 2015. So a lot needs to be done to accommodate the increasing number of passengers – both in terms of traditional expansion with new terminals and runways as well as in efficiency improvements.

China’s Thirteenth Five Year Eco­nomic Plan continues to transform China from a low-cost manufacturing economy to an economy increasingly reliant on technology with focus on research and development, innovation and technology transfer. The airport industry falls under the ambitious expansion plans and China is aggressively building 70 new airports.

In this scenario, ADB Safegate can be of assistance. ADB Safegate is participating in the exhibit – Inter Airport China in Beijng from September 12-14. Here, ADB Safegate will showcase integrated solutions spanning airside wide over gate, airfield and the tower. By letting the different parts of the airport work together from approach to departure and improving the efficiency of existing facilities, the number of flights that can safely land and take off every hour will increase. 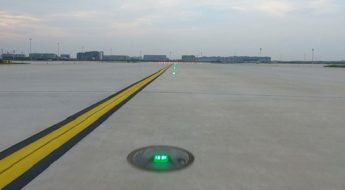 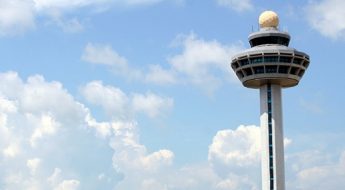 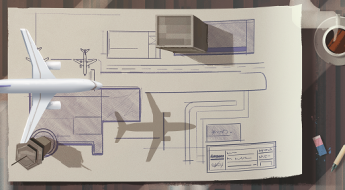