AIRPORT CAPACITY.  The new year not only is an ideal time to start afresh but also a time to reflect and look back on areas of special interest. One of these areas, close to our heart as a company is of course airport capacity and how resources in aviation are used in the most efficient way to optimize airport performance. Inspired by EUROCONTROL´s report “Challenges of Growth” from 2018 , we asked our reporter to reflect on capacity issues and scan various reports from the last few years. Lovers of facts – enjoy reading!

Modernizing airspace and solving capacity crunch could add €301 billion to Europe’s GDP. This impressive figure is a result of an SEO Amsterdam Economics study commissioned by IATA to quantify the economic benefits of modernizing Europe’s airspace and enhancing capacity at the region’s airports. [1].

One of Europe’s strengths is its air connectivity, but its airspace isn’t operating at optimum levels
Aviation is a big employer, supporting 12 million jobs, and accounting for 4.1% of Europe’s GDP according to InterVISTAS. Since its airspace was liberalized over two decades ago, consumers and businesses have benefited from lower travel and shipping costs to better global communication, mobility and trade.

What if Europe’s airspace was modernized and existing capacity issues were solved?
As per the IATA commissioned study, the positive economic impacts of solving airport capacity constraints together with airspace modernization are huge! By 2035 we could:
1. Serve an additional 174 million European origin destination passengers
2. Maximize GDP to €301 billion euro in 2035
3. Pass on consumer benefits to the tune of €43 billion
4. Generate an additional one to 1.3 million aviation jobs (direct, indirect, induced and catalytic)
5. Boost trade, tourism, R&D and innovation as shown below [4] 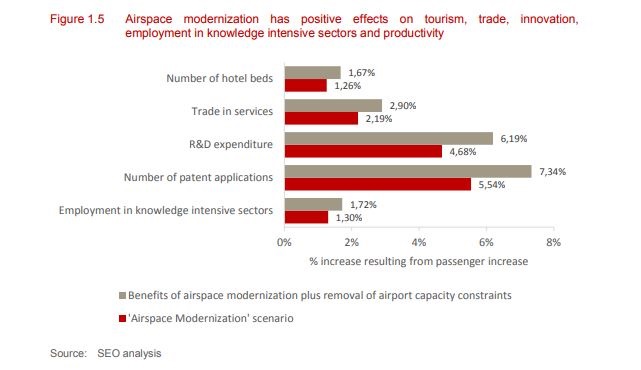 And of course, a better passenger experience
Air navigation services provisioned at a higher capacity translates into airline cost savings and lower air fares. More direct routings will reduce travel times. Average flight delays could decrease from 12 to 8 minutes per flight, and lower carbon emissions per flight. At a macro level, connectivity growth would mean more routes, more frequencies, not to mention the wider economic benefits due to agglomeration effects and higher productivity levels.

Integrated Airports can resolve capacity gaps, using existing infrastructure more efficiently
Airports can do more what they already have. Whether it is faster and more predictable turnarounds at the gate, or keeping the airfield safe and operational, raising the throughput and predictability with faster air traffic management, efficiencies can be realized when all the elements of the airport – Gate, Tower, Airfield and Services– are integrated, to work together.

At every step of the process from approach to departure, integrated systems support the highest operational efficiency to minimize aircraft time on the ground. This, in turn, leads to increased airport capacity with existing airport infrastructure. Improved efficiency of airport resources also creates cost reductions.

For instance, a Scandinavian airport’s A-CDM implementation has significantly improved scheduling and reduced off-block delays from 8.4 minutes to 7.8 minutes per departure, while increasing take-off predictability by nearly 80%. Taxi out time per aircraft reduced by one minute on average. The result? Savings of €160,000 in fuel and €2.9 million in delays, annual carbon emissions reduced by around 630,000 kg, accruing from 700 fewer late gate changes, 15,000 minutes of reduced taxiing time and an overall reduction of 73,000 minutes in delays!

Find out how you can use your airport resources more efficiently: 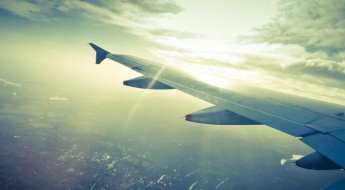 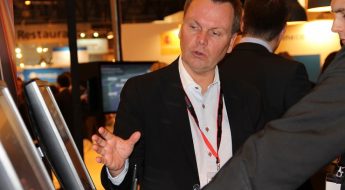 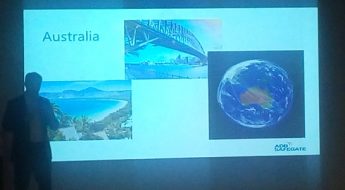