Traditionally the remedy for higher demands was to expand the available infrastructure with new runways/taxiways or terminals. But at many tier one and mid-size airports, the available expansion areas are already exhausted and they have to rely on other ways to meet increasing and more complex traffic situations.

In recent years traffic automation systems have been in operation, creating a high integration level between air traffic control and airport systems that, until just a few years ago, operated in isolation. The system integration trend has provided a new way to gain access to more real-time traffic data. This can in turn feed cross-border operations with processed data from a vast array of data points, and make it available in an intuitive way that makes sense to the receiver and supports decision making that was not possible before. This new availability of data increases the possibility to automate or provide real-time analysis of current traffic situations to ATCOs and airport operational personnel.

One of the automation systems riding on this new trend is integration between the airfield lighting systems and the surface surveillance systems, sometimes referred to as  “follow the greens”. The system nickname “follow the greens” derives from the guidance provided by the green taxiway centre line lights, highlighting a guidance path in front of the aircraft in connection to given ATCO taxi clearance. The follow the greens setup has shown in simulations to increase the efficiency of operations by up to 30-40%, not only in low visibility situations, but also in fair weather and daytime scenarios. Similar improvement is seen in real life operational installations where ATCO workload has decreased significantly when using follow the greens automation. To reach high improvement levels in a follow the greens setup, the surveillance part of the system requires full surveillance coverage over the movement and apron/gate areas. The quality of the provided surveillance data needs to reach the same level in the gate area as normally only found around runways and taxiways.

Similar levels of operational improvement are expected in cul-de-sac apron areas, where lock in of aircraft is common due to complicated rules in connection to push back clearance. A Push Back Tool integrated with the surveillance system, electronic flight strip system, gate management system, docking system, departure management system, weather system and airfield lighting system would deliver a high level of automation in the push back process and calculate the most efficient order to push back parked aircrafts. The Push Back Tool instantly correlates several hundred push back rules based on aircraft type, push back pattern, traffic situation, preferred release order and weather related criteria that might impact the push back sequence. The output data quality of the Push Back Tool is dependent of the number of data input systems integrated and providing needed data in time and with required granularity. In complex gate setups, a Push Back Tool is essential in releasing aircraft from the gate in time to support the departure manager (system) with correct flow sequence to the active runway. This type of automation support is near impossible to reach solely by human interaction, and is one of many new solutions that provide high airside traffic efficiency based on integration and cross border sharing of data. 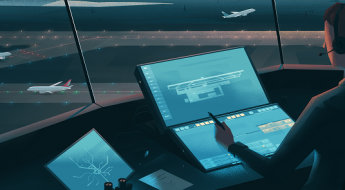 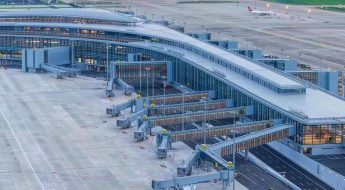 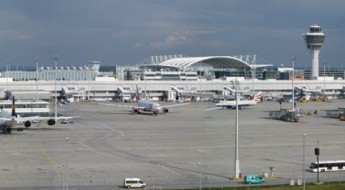