With the third new runway, Russia’s busiest airport, Moscow Sheremetyevo Airport (SVO), allows to increase its capacity from 60 to 65 flights per hour to something close to 90. At ADB SAFEGATE we are proud to have contributed to the improved airport performance through the commissioning of the complete set of Airfield Lighting.

Sheremetyevo International Airport, the largest Russian airport in terms of passenger and freight traffic served 45 million 836 thousand passengers at the end of 2018. Now the airport opens up for further traffic expansion when opening up it’s third runway. The new Runway-3 will remove infrastructure restrictions and create conditions to ensure increasing demand for air transportation.

The Runway-3
The modern airfield and terminal infrastructure of Sheremetyevo opens up new wide opportunities for long-term growth and development for base carriers and new airlines. The Runway-3 is equipped with ICAO category 3. Thanks to the new runway, the airport will increase the airdrome capacity from 60-65 takeoff and landing operations per hour to 90. At ADB SAFEGATE we are proud to have contributed to the improved airport performance through the commissioning of the complete set of Airfield Lighting.

At the end of 2018, Sheremetyevo became the best in quality of service in the category of the largest airports in Europe with a passenger flow of more than 40 million passengers a year according to the ASQ ACI program and entered the top list of the best airports in the world according to the International Council of Airports – ACI Director General’s Roll of Excellence

Do  you have a question about a product or service?
Our knowledgeable sales representatives are just an email or phone call away. Find your contact via the ADB SAFEGATE web page under Contact. 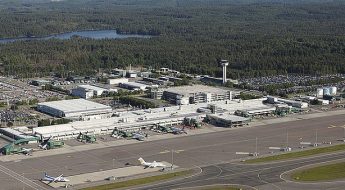 Full integration of AFL control and monitoring at Gothenburg-Landvetter 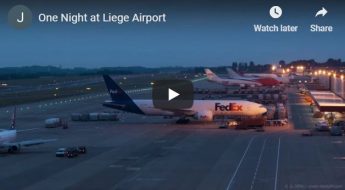 ONE night at Liege Airport