TAIWAN. ADB SAFEGATE’s Taiwan team has recorded another key development with the completion of the North Taxiway Renamed project at Taiwan Taoyuan International Airport. The completion marks a significant milestone in the airport’s Pavement Rehabilitation and Navigation Facilities Upgrade and involved the replacement of signboard panels for 113 guidance signs on the runway and taxiway.

ADB SAFEGATE’s Taiwan team records another key development with the completion of the North Taxiway Renamed project. The project involved the replacement of signboard panels for 113 guidance signs on the runway and taxiway and marks a significant milestone in the Taiwan Taoyuan International Airport Pavement Rehabilitation and Navigation Facilities Upgrade.

The macroscale execution involved the closing of the north runway and taxiway followed by the removal of the old taxiway name stickers on all signs to reveal the new taxiway name. The Airside Management Department then carried out a pre-opening inspection before reopening the north runway and taxiway, topping off the name change ahead of schedule, with minimum impact to airside users. In addition to replacing the signboard boxes, the execution also updated the operation interfaces of the airfield lighting control system and air traffic control system as well as the electrical to synchronize the system with the physical signs.

The principle of having a simpler, more orderly and relevant identification necessitated the renaming of the airport runways to align them with the proper compass heading and position judgment. This will improve the efficiency of air traffic control operations, subsequently preparing for the expansion of the airside facilities of Terminal 3 in 2025.

The Taiwan Taoyuan International Airport Pavement Rehabilitation and Navigation Facilities Upgrade is due for completion and acceptance by December 2022, and includes the extension of existing runways and taxiways with a combined total surface area of 1.4million m² (not part of ADB SAFEGATE’s scope of work), as well as upgrading of the airfield ground lighting (AGL) system and Category III landing system which will be delivered by ADB SAFEGATE.  These extensions and enhancements will propel the airport’s rapid growth to meet the increased demand for air travel in the region.

TPE is an important regional trans-shipment centre, passenger hub, and gateway for destinations in Asia, and is one of two international airports that serve Taipei. In 2016, it was ranked the best airport for its size in the Asia-Pacific region by Airports Council International. The airport opened for commercial operations in 1979 as Chiang Kai-shek International Airport and was renamed in 2006. 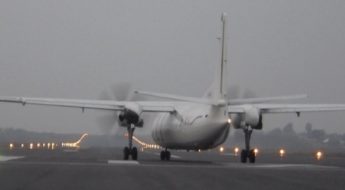 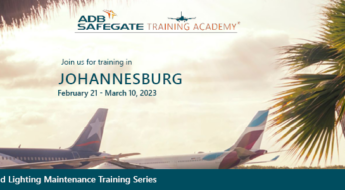 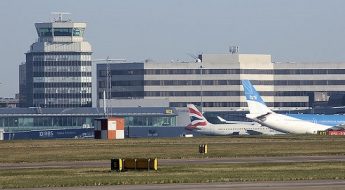