Sandwiched between two large bodies of water, the peninsula of Florida receives lots of warm, humid air. When combined with sunlight and ocean breezes, it’s the perfect brew for thunderstorms—and operational challenges for airports like Southwest Florida International (RSW) in Fort Myers. RSW recently installed an automated docking system on each of its concourses to mitigate such risks and keep planes moving.

“Thunderstorms happen quite a lot in this part of the country,” says Al Gulamali, the airport’s director of operations and safety. “You can almost set your watch by it as the humidity builds.”

When lightning is raging, it’s simply too dangerous for ground crews to be on the tarmac guiding aircraft into gates. RSW recently installed an automated docking system on each of its concourses to mitigate such risks and keep planes moving.

The seed was planted two years ago, when Jeff Mulder, RSW’s new executive director, saw a demonstration of an automated docking system at the annual conference for the American Association of Airport Executives. He gathered more information on the show floor and filed it away in his mind.

Six months later, Mulder looked out his office window during a typical summer storm and saw aircraft on the ramp waiting too long to be parked. “Arriving aircraft were pulling into the ramp but were holding out a couple of hundred feet,” explains Gulamali. “There was not any marshaling going on due to the lightning all over the place. It wasn’t safe for the ramp crew.”

The scene sparked Mulder’s memory about the trade show demo, and he picked up the phone…ultimately kicking off the process to issue a bid for a docking station to solve the problem.

After reviewing two responses to its request for proposals, the airport selected ADB SAFEGATE to install its Safedock advanced visual docking guidance system (A-VDGS) system for testing at D10, one of its common-use gates. RSW was already familiar with the company, as it has provided runway lighting and other systems to the airport for more than 20 years.

In order to use 2018 budget funds, RSW moved through the process quickly, and ADB SAFEGATE responded in kind. The company diverted a system from another project that had been delayed, and equipment was on site in 30 days.

Read the full length article that was published October 2019 by Airport Improvement Magazine. 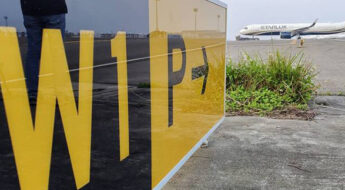 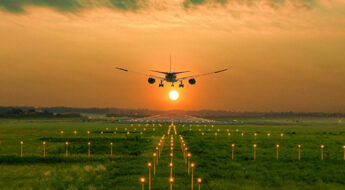 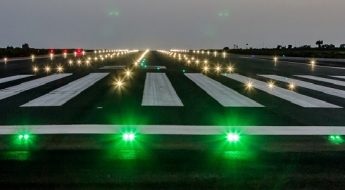