Uninformed commentators cite security as the biggest challenge for airports in coming decades. But peak industry bodies such as IATA and ACI differ. They identify dramatic increase in passenger numbers as the airport industry’s single biggest challenge. IATA has flagged passenger traffic increases of up to 100% over current levels by 2035; that could mean an extra 3.7 billion passengers who will need accommodating by airports around the world.

IATA has flagged passenger traffic increase of up to 100% over current levels by 2035; that could mean an extra 3.7 billion passengers who will need accommodating by airports around the world. According to IATA Director General and CEO Alexandre de Juniac, a broad range of initiatives need to be implemented to be ready for the dramatic increase in global passenger numbers. “Runways, terminals, security and baggage systems, air traffic control, and a whole raft of other elements need to be expanded,” said de Juniac. “This cannot be done by the industry alone. Planning for change [such as this] requires governments, communities and the industry working together in partnership.” As de Juniac underscores, collaboration is vital.

The explosive growth in passenger numbers is most evident in Asia, where current expansion rates are seeing an almost 9% increase per annum, to some 2.5 billion in 2016. Although estimates indicate that this trend will continue, the downside is that the number of delays and cancellations are also rising rapidly. Despite lower overall traffic, delays in Asia Pacific have reached up to twice the number in Europe, and a much higher proportion of total flight numbers. In Australia, on-time performance has slipped in the last year.

Many of these issues can be attributed to airport inefficiencies. “Demand for air travel is still expanding,” pointed out de Juniac, “The challenge is to work with the industry to meet that demand with infrastructure that can accommodate the growth, regulation that facilitates growth, and taxes that don’t choke growth. If we can achieve that, there is plenty of potential for a safe, secure and sustainable aviation industry,” he added.

President of ACI Europe Augustin de Romanet noted that capacity constraints at airports can lead directly to higher airfares. “A new study spells it out very clearly,” he said recently. “By 2035, [European] passengers will be paying €6.5 billion every year in higher fares, specifically due to a lack of airport capacity.” The study he referred to, by SEO Amsterdam Economics, calculated that passengers already pay an extra €2.1 billion in airfares when they use congested European airports.

The challenge to both large and small airport operators is how to upgrade systems, facilities and efficiency while at the same time cope with increasing pressure on costs and profitability from expanding throughput. The answer is by working smarter, using new technology, integrated systems and having new takes on old problems.

This approach demands that airport operators step back from ‘normal’ operations and take a critical look at the bottlenecks and day-to-day productivity issues that restrain existing operations.

As Angela Gittens, Director General, ACI World, noted, “Bold leadership goes beyond success under the present circumstances.” Gittens added that current pressure on facilities also means demands on airport operators to have an objective view of the future, with a rational appetite for risk, [and] understand that standing still may be the riskiest option of all.

This means operators need to urgently look at issues ranging from use of passenger and security data, the impact of digital travel booking and passenger handling, changes in passenger usage patterns, conformity to environmental standards, linkages into existing transport systems, and dramatic rises in both frequency and availability demands from airlines. All can be critical to operational efficiency.

Further, using a consultative and integrated approach avoids ‘silo’ improvements to single areas of business that can impact efficiency, and that offers a more effective approach to total operations cost-effectiveness.

As ACI noted recently, this expansion will, over time, mean that new technological and economic fundamentals will substantially re-define the whole [airports] sector and will also allow added scrutiny to the effect of greater passenger mobility on the environment.

Airports that do not take this kind of comprehensive view risk congestion, increased regulatory restrictions, lower efficiency and the consequent bleeding of customers to other more cost-effective airports – as witnessed in both Europe and Asia, leading to a surge in LCC secondary airport usage.

Luckily, congestion and passenger overloading is not a problem simply addressed by building more infrastructure. In its recent report, IATA flagged integration and productivity challenges as key issues that face the industry. Some of the most critical issues IATA picked out were digital transformation, collaboration, AGL lighting, integrated control tower solutions, increased passenger empowerment and increased airport functionality.

Airport operators that look holistically at their operations and seek higher efficiencies through smart systems can almost always do more with what they already own, and can often unlock hidden potential for traffic expansion. From approach, runway and taxiway lighting, to tower-based traffic control systems and intelligent gate and docking automation, the opportunities are evident – if the operators are willing to take ACI’s advice to stop standing still.

Today, with the number of airports that handle multi-million passenger numbers increasing – in 2005 there were 16 airports handling over 40 million passengers; in 2015 there were more than double that number – the pressure for smart and effective integration of operational systems is rising. “On the back of a growing middle class in key emerging markets, the significant growth of intercontinental hubs in Asia-Pacific and the Middle East reveals that air transport’s nucleus continues to [expand],” ACI noted in a report. As illustrated by Singapore’s Changi Airport, this presents an opportunity to alert ambitious operators who see an opportunity not just to improve efficiency, but to introduce new integrated income streams too.

At Miami International Airport, a new and innovative beacon-based passenger assist system is leading the way to handling ever growing passenger numbers – that are informed and advised of their schedule and locations in the most effective way possible. “The passenger experience at Miami Airport is our number one concern, and beacon technology allows us make it even better,” said IT Director at Miami, Maurice Jenkins.

Further north, Canadian Niagara District Airport had been running annual operational deficits of $100,000 to $150,000 on its traffic operations when it decided to re-look its business opportunities. It identified several revenue-generating opportunities including improving the runway to cater for larger aircraft, leasing land, and installing LED lighting on airside and expanded parking areas. Overall, the upgrades are predicted to better serve rising passenger numbers as well as raise the economic benefit to the region from a previous $18 million a year up to a potential $60 million.

All airport operators need to bear this in mind in today’s competitive, connected and Twitter-enabled world. If they don’t, they could be, as ACI’s Gittens, noted, taking “the biggest risk of all”.

Bringing in smart technology that boosts efficiency, cuts costs and ensures a sustainable business as well as keeping the customer happy is not an option but a necessity. “Runways, terminals, security and baggage systems, air traffic control, and a whole raft of other elements need to be expanded to be ready for the growing number of flyers. It cannot be done by the industry alone. Planning for change requires governments, communities and the industry working together in partnership,” said de Juniac.

As passenger numbers climb, using integration and new techniques and equipment that shorten airport arrival, departure and transit time, improve overall efficiency and punctuality and boost safety can only be in the interest of all concerned. 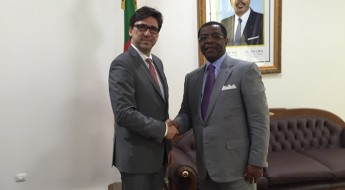 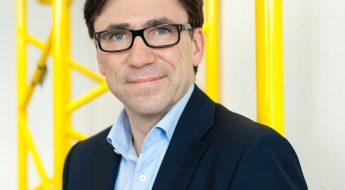