Sitting lightly on the landscape

When an airport is situated on a dry lake bed, next to a volcano, in a country that sits at the junction of three tectonic plates and is intended to serve one of the world’s most populous cities well into the 2060s, sustainability is not just a nice to have, it’s essential. Despite having six runways and handling 125 million passengers a year, the new Mexico City airport will have minimal impact on its surroundings.

NEW MEXICO CITY AIRPORT. The environmental challenges facing the new Mexico City airport are immense, not least that the lake bed site forms the water run off area for much of the city. These challenges are being tackled by an international team led by Foster and Partners, NACO and Arup that can draw on experience of innovative designs for new airport developments at Stansted in the UK, Hong Kong and Beijing. Based on a single, column-less roof structure that makes maximum use of natural light, the building is designed to work with the climate to provide a comfortable, energy efficient indoor environment. Artists’ impressions show a sinuous, organic form that seems to grow from the landscape rather than sit in it like a conventional building.

As such, the airport terminal is set to be one of the most sustainable buildings of its type when it opens in the autumn of 2020. The 4,430-hectare (10,938-acre) site will then be home to a six-runway airport that will handle 125 million passengers a year in its final phase.

A complement to its surroundings

Jose Luis Romo, Planning Director of the new Mexico City International Airport, emphasised how the airport will complement its surroundings and benefit the local area. “We will develop the site so that it can collect and treat water for the local population. The airport will use 70% less water than other similar sized facilities. The airport development plan also involves the creation of new green areas such as a metropolitan forest on a site near the current airport. This is currently used as a waste disposal site and we want to develop it to harvest 10 MW of biogas.” 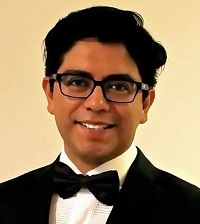 Using this otherwise wasted gas is just one aspect of the energy efficiency plan. The airport will have its own solar PV plant and will make up the difference between self-generation and demand by buying in electricity produced from other renewable resources. Another major aspect is the plan to make extensive use of energy efficient LED lighting, for both the terminal and aircraft manoeuvring areas. Says Romo: “We have completed the detailed design and in the following months we will be able to define the exact technologies we will use to achieve sustainability.”

Maintaining biodiversity is another important goal. Although the new airport is being constructed in a nature reserve used by many migratory birds, the balance between development and wildlife will be restored by creating new wetland areas further north.

The airport will also be a good neighbour, designed to reduce noise pollution by 95% compared to the current airport. The plan to achieve carbon neutrality will involve a greater reliance on public transport and dissuading people from using private cars to reach the airport. As well as the 160,000 workers employed in construction, the airport will also bring up to 450,000 job opportunities to the area, once it has reached its maximum development potential.

“Our vision is for a green airport that will also be the trigger for sustainable development in the area,” concludes Romo.

Written by Tim Haines and Martin Lamprecht, as part of a series about sustainability and airport development.
Published on ADB Safegate with permission of Momberger Airport Information 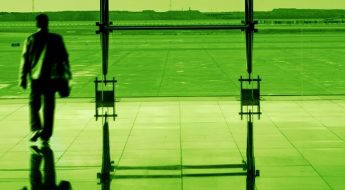