The tower is the brain of any airport. It’s at the centre of the action, with air traffic controllers keeping an eye on each and every aircraft movement across the airfield and local aerodrome. In the lead up to World ATM Congress in Madrid, the biggest exhibition in Europe for ATC, Safegate Group CEO, Per-Olof Hammarlund, describes Safegate’s long-held dream to be a part of the tower operations.

“Our dream when we started 16 years ago was to be a partner in the tower,” Per-Olof explains. “We have sophisticated and intelligent products that belong in the tower.” It’s been a long ride beginning back in 2000, when Safegate recognised the potential of their systems. At the time, sophisticated docking systems were the focus for Safegate, but they realised that their software for runway and taxi-way could have the most impact in the tower. But how to get there?

In 2005 the work towards this goal was refocused with the purchase of Thorn AFL and Idman, who both brought over 40 years of experience, expertise and knowledge of the airfield and AFL to the Safegate portfolio. With the high quality hardware from Thorn and Idman, the dream was one step closer. But there was still one key part missing – equipment in the tower. With gate, airfield and tower, Safegate knew that they could create an integrated, intelligent system that would make airports safer and more efficient. Per-Olof describes that the tower is the most probable area to be able to make the greatest impact at an airport.

“In the tower, management prioritise you before investment on the ground. There are lots of arguments for being in the tower, but to really get the full potential out of our inventions – our docking system and control lights – we knew we needed to be in the tower. They benefit from the efficiency and we really think our systems have a place at the airport. Finding that place is easier if you’re in the tower.” 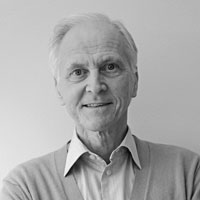 The next step was clear – to find a software company already working in the tower who were looking to grow. “It wasn’t easy. It’s usually big companies and we needed a small, emerging company.” That’s where AviBit Air Traffic Solutions came in. They were just starting to spread internationally, with some of their most prominent work in Vienna Airport. “We saw the good technology and a small company with potential to grow,” says Per-Olof. It was Avibit’s technology that really inspired Safegate, he says. “It enables the information we have in our products – AviBit are the vehicle to manage and unwrap the information that our system can actually provide airports with so they can be more efficient. It’s the future for aviation.”

The acquisition was made. “Suddenly the dream was coming true – we were in the tower on a small scale. It was a beginning to build on.” Now, six years later, the dream is still coming true with Safegate’s Airport Performance. This advanced offering from Safegate means that airports can now increase their safety, efficiency and capacity by integrating gate, airfield and tower systems to work together as one seamless system. “For example,” says Per-Olof, “the docking system registers the information and we can display this in software in the tower, which is beneficial for A-CDM for the airport. They know the position of aircraft and can analyse why it took so long, measure the activity and different sequences of operations, which is critical for analysis of efficiency.” With the ever changing needs of airports, and the continually growing capacity that they need to deal with, Per-Olof sees this as key to the future. “It’s the next layer of the onion which we will keep peeling over the coming years.”

AviBit is instrumental in Airport Performance, with their experience and software completing the circle, and Safegate’s continued success fuelling more advancement for AviBit’s technology. “Without AviBit, our Airport Performance can’t happen,” says Per-Olof. “They have been growing themselves with our support, which means an even bigger potential for the Group and our partnerships with airports.”

Per-Olof says the dream continues for Safegate and the tower. “We see this playing a big role in the future of aviation. We are coming from the ground level. We know and we control the ground level and are moving up with systems that are open and module. We’re a small fast competitor to the big boys that control the aircraft in the air and who are now trying to come down to the ground. We’re a much safer choice for the airport to go with a company that can build from bottom up.”

The future for Safegate’s tower dreams looks bright. “Now we are really optimistic about the dream coming true. AviBit are still a big part even if they began as a small company.”

Visit our booth 836 at World ATM Congress 2016 to experience both our ATC solutions and integrated SafeControl Suite. Meet our experts and discuss the latest air traffic and aviation trends. 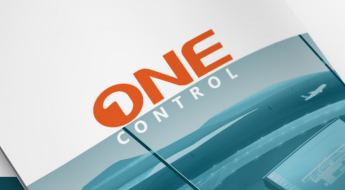 OneControl solution puts air traffic controllers in the driver’s seat, bringing all the information needed onto one screen.

ADB SAFEGATE readies to support airports on their road to recovery