INTEGRATION: Aircraft only make money for their airlines when flying and transporting people and goods. Airports also don’t want an aircraft on the ground for longer than necessary – that space and time could be occupied by another aircraft, making the most of the airport’s capacity. It’s no wonder that airports are increasingly turning to automation and information management systems to improve efficiency and safety and support Air Traffic Control (ATC).

An integrated approach cuts taxi time
Integrated tower, airfield and gate systems support the highest operational efficiency to minimise aircraft time on the ground. This in turn leads to increased airport capacity with existing airport infrastructure, while the highest safety is maintained or even increased.

In a typical airport, cutting average taxiing time by just a couple of minutes can reduce total taxiing time by thousands of hours annually and help to increase airport capacity. How is it done? The story begins while the aircraft is still inbound. The flight plan will have already generated and regularly updated an Estimated Landing Time (ELDT) as part of the Airport Collaborative Decision Making (A-CDM) process.

Integration improves efficiency
As the aircraft comes onto final approach, the Advanced Surface Movement Guidance and Control System (A-SMGCS) displays the gate to the air traffic controller and proposes the most efficient and safest taxi route to it. As the aircraft leaves the runway, the A-SMGCS automatically monitors its position.

Guidance is provided by an intelligent follow-the-greens system that turns on only the green taxiway centre line lights in front of the aircraft, offering a clear path for flight crew to follow.

Experience from a typical west European airport shows that integrating ATC systems into the A-CDM platform reduces the average taxiing time from runway to the gate area from 15 minutes (and vice versa) to 14 minutes in good visibility conditions.

In bad weather with poor visibility, integrated airport systems help to maintain airport capacity and reduce delays while improving safety. Maintaining safety during low visibility is commonly achieved by increasing the arrival and departure spacing on the runway and aircraft separation on taxiways.

An A-SMGCS at one European airport helped maintain capacity at 95% in bad weather, compared to a drop of at least 50% previously.

Helping ATC, not replacing it

By simply moving to an E-strip system, one UK airport released 4,000 hours per year of ATC human resources for other duties.

Yet these automatic systems are not a replacement for ATC, which always has the option of manually controlling stop bars directly from the E-Strip System or A-SMGCS. These systems also automatically alert ATC of any runway incursions or other unexpected events. Integrating information with these systems means that aircraft movements are carried out with the maximum of safety and the minimum of resources and effort.

See the interactive airport to read more about how integrated solutions can help: 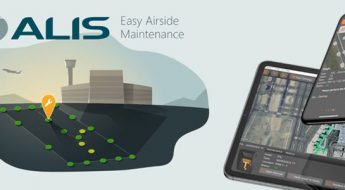