MUNICH, GERMANY. With close to 40 million passengers passing through in 2014, Munich Airport is the second busiest gateway in Germany and the 7th busiest airport in Europe. The hub is expecting further growth in spite of  capacity constraints in its existing two-runway system. To handle the forecast demand, maximizing throughput within existing infrastructure is essential. Safegate Group, through our subsidiary AviBit, is proud to be a key contributor to Munich Airport’s traffic expansion project.

According to Munich Airport and Dr. Michael Kerkloh, the CEO of FMG, the airport’s operating company, Munich Airport will not only vault over the 40 million barrier for total passengers in 2015 but it will also record more take-offs and landings. Munich airport has been planning a third runway for some time, but opponents held it back temporarily. The additional runway was approved but this decision is currently being reviewed by the court and the airport is prevented to proceed. The current two-runway system is already operating at full capacity during peak hours, and requests for additional slots from airlines have been declined. In addition to these constraints, forecasted air traffic growth is pressuring Munich Airport to deliver more throughput with the infrastructure it already has.

With a leading role in SEAC and the SESAR validation process of Follow the Greens (FtG), Munich airport is aiming to harness the advantages enabled by this innovative program. The first critical building block towards “Follow the Greens” functionality is a world class A-SMGCS for which Munich Airport contracted Safegate Group with AviBit. Several key features will be enabled in this project. What are described as typical “cul de sac” effects around the airport’s terminals resulting in inefficient surveillance, will be addressed for the successful implementation of “Follow the Greens”.

The A-SMGCS will be prepared to use the A-VDGS (Advanced Visual Docking Guidance System) as a GapFiller sensor complementing traditional sensors such as the MLAT and SMR. Furthermore, the A-SMGCS will have the capacity for AFL integration needed for upgrade to  “Follow the Greens” functionality in the future.We are proud to contribute to Europe’s most efficient airports and enable them to perform better. Safegate Group through our subsidiary AviBit is helping airports, big and small, prepare for air traffic demands and challenges of the future. 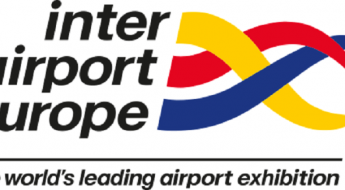 Highlights from inter airport – via the video camera 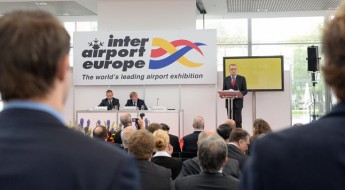 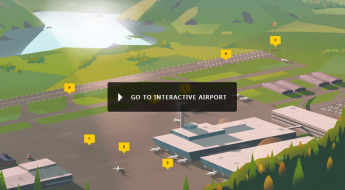